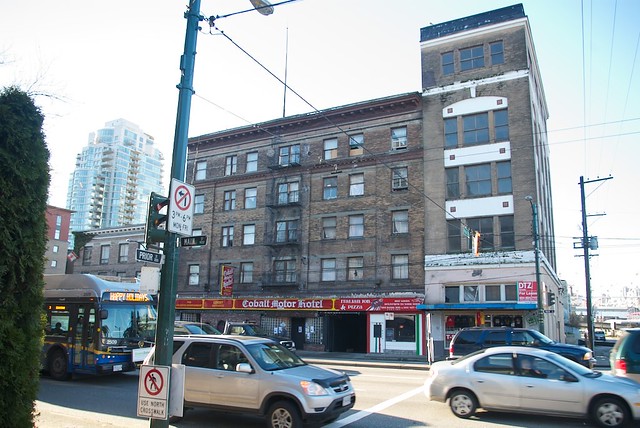 A report released this week by the BC Civil Liberties Association has given a glimpse into what life can be like for low-income people across rural BC. The report, entitled “Small Town Justice,” documents severe police misconduct in B.C.’s North. The report also highlights racism against Aboriginal people and the use of some small towns as “training centres” for new officers with little experience. The homeless are often simply told to permanently leave town. RCMP attitudes towards the poor in rural areas is one of the factors pushing poor people to cities, where affordable housing is increasingly impossible to come by.

Confidence in the RCMP has been deteriorating for some time. Documents unveiled in June of last year revealed the Robert Dziekanski incident at the Vancouver Airport led to a “public relations crisis.” There have been numerous other police brutality cases over the past year.

The RCMP’s initial response to the BCCLA report was to denounce the findings on the grounds that the community members who spoke against the police are not representative of broader community sentiments. But the RCMP Assistance Commissioner has since accepted the report and said that the force is going to look into the problems raised by the report.

The regulation changes were inspired by the argument of some that Vancouver is a “No Fun City.” A local film was released under that title last year which documents City Hall’s “war on fun” and the rise of illegal venues to save the arts. On top of the province’s severe arts cuts over the past few years, the city’s own policies have also been very prohibitive. Four venues were closed last year alone.

The major problem for Vancouver venues over the past few years has been noise complaints and gentrification. In the past, there has been a push by the City towards reinforcing Granville Street as the city’s entertainment district. This has been met with resistance by both artists and restaurant owners. A housing development is also set to open up across the street from the Biltmore Cabaret, which is one of the only larger scale venues outside downtown. Richards on Richards was one of the most popular Vancouver venues for acts that don’t have enough draw to fill a stadium, but was demolished last year to make room for condos being built by real-estate developers Aquilini Investments.

Surrey Civic Coalition president Stephanie Ryan is calling on Surrey City Council to adopt a living wage for all workers employed by the city. She says that it would be a small price for the City to pay to send a “message of value” to its employees. Vancouver has been struggling with a plummeting employee morale. New Westminster adopted a living wage unanimously last year, a first for Canadian municipalities.

As part of the 2008 municipal elections in Surrey, Ryan was a Council candidate for the Civic Coalition party and ran with her party on a platform of expanding the dismal Surrey transit system and focusing on the housing affordability crisis affecting all of Metro Vancouver.