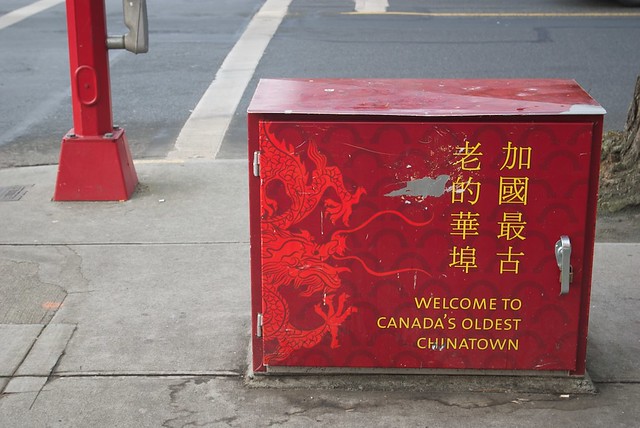 The story of Chinese investor impact on Vancouver real estate is neither new nor surprising. But recent changes to real estate taxation within China may ramp up hunger for this favored class of investment in offshore locations — and further exacerbate conditions local to Vancouver. In a nutshell, China seems to be on the verge of exporting even more financial froth.

At the same time, China seems to be developing an internal approach to housing affordability that Vancouver needs to emulate.

Beijing has now prohibited residents from buying more than two dwelling units, and non-residents are required to show five years of tax documentation in order to make a purchase (Feb 18: “China home”).

Any Canadian public official who talks about affordable housing in Vancouver should be met with a demand to bring forward similar measures.

In a Lunar New Year speech on February 1, Chinese Premier Wen Jiabao committed to dampening speculation in domestic real estate and to increasing affordability of housing. On 26 January 2011 China raised required down payment on non-primary residences from 50% to 60%, instructed lower levels of government to implement controls, and directed specific taxes at residential properties in Shanghai and Chongqing.

One reason for imposing these new property taxes in China is “to penalize speculators who purchase homes and then leave them unoccupied while waiting for the value to appreciate” (Jan 27: Barboza).

If Vancouver were to take this approach to protecting its residents — rather than inviting speculators to participate in year-round open-season free-fire “investment” — the social fabric of our city might show marked improvement.

Beijing, Shanghai, and Guangzhou have imposed restrictions, and other cities are reported to have similar plans. A Guangzhou analyst expects “this round of curbs to have far-reaching impact on the property market as the restrictions on home purchases have been extended almost nationwide” (Feb 20: “Shanghai, Guangzhou”).

The Chinese government tracks new dwelling unit prices in 70 large and medium cities. Over the past year, Haikou led with a 21.6 percent gain. Ten other cities came in above 10 percent.

Recent data demonstrates that dwelling unit prices in China are still going up, and that government measures have only affected the volume of transactions. Even on the benchmark of volume alone, from December to January, Chongqing was the only city among the 70 to show an actual volume drop.

China’s largest web site for property, SouFun Holdings, reports a one percent December-to-January dwelling unit price increase for 100 cities, the largest uptick in half a year (Feb 18: “China home”). Anticipation of greater controls may have contributed to that acceleration.

The broader context for the real estate situation is China’s economic policy. On February 8, the People’s Bank of China raised one-year lending to 6.06% and one-year deposit to 3%, the third increase since mid-October 2010. With inflation a problem, interest on savings negative, and the stock market lackluster, “property is one of the few available investment option whose long-term gains can beat inflation” (Feb 4: Kurtenbach). Dwelling unit price increase of 5 to 10 percent is expected for 2011 by a Beijing property analyst, because that asset class offers a hedge against inflation (Feb 18: “China home”). “Chinese consumers are more concerned about inflation than at any time in the past decade” (Feb 4: Li Yanping).

Some of the current circumstances trace back to 2008-2009 “fiscal measures to encourage demand for residential properties.” These included a deliberate stimulus of US$585 billion, tax reduction and exemption, and relaxation in lending policy. April 2010 “cooling measures” had already seen increase in real estate transaction taxes, higher down payment requirements, and greater margins on mortgage interest (Feb 8: “China introduces”).

This business/real estate article is all about how “the health of the market is expected to continue to be positively impacted by increasing Asian immigrant and investment demand.” And how “Canada is viewed by the Chinese as a very stable place to put their money.” But an unregulated surge can only lead to local socioeconomic instability. The health of more than markets must come into consideration. The Chinese seem wise enough to know that at home. Can Canada also be wise?