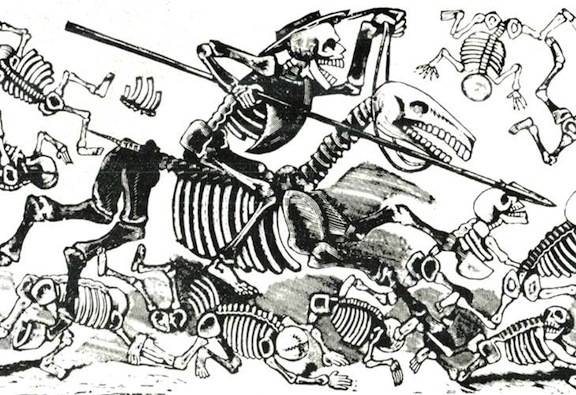 This week another high-end destination restaurant has opened in the heart of the Downtown Eastside, this time in the main floor of the low-income affordable York Rooms hotel at 261 Powell Street. Cuchillo, which means “knife” in Spanish, is a “modern pan-Latin” 93-seat restaurant serving a typical mishmash of appetizer plates and premium cocktails that easily prices out the low-income DTES community. The restaurant space was a long-decommissioned Japanese bathhouse, one of five in the neighbourhood that once served as communal gathering spaces for a thriving working-class Japanese Canadian community. Now redeveloped into a high-end destination restaurant for tourists and condo dwellers, Cuchillo makes a clear statement to the low-income residents of the York: your days are numbered.

York Rooms was recently purchased by Steven Lippman, adding to the many single-room occupancy hotels in the DTES that he has aggressively acquired. Lippman is an infamous landlord and real estate developer who has been accused of discriminatory renting, aggressive acquisitions, and complicity in illegal evictions. His business model is painfully simple: acquire cheap rental housing, evict the residents, renovate the space and raise the rents. Earning his initial fortune by founding Whistler Water, he is now founder and president of Living Balance International, a real estate firm that owns over 30 properties and over 300 SRO units in the DTES, including the illegally evicted American Hotel. Self-described as an “entrepreneur with a soul,” for the last six years his focus has been exclusively on aggressive real estate plays. Now he’s become a professional gentrifier and eviction specialist who has made millions off the displacement of Vancouver’s poorest citizens.

The list of properties Lippman has aggressively gentrified runs long. The American Hotel, the Lotus Hotel, the Piccadilly Hotel and the Alexander Residence are just a few we know of. Typically these transactions are disguised by holding companies. Occasionally, Lippman’s toxic business model is successfully resisted: in 2012, Lippman’s attempted purchase of the Wonder Rooms and Palace Hotel was prevented by a court, after protesters set up camp outside his West Vancouver residence. And in 2010 an illegally evicted resident of the Golden Crown Hotel at 116 W Hastings won their lawsuit against the former owners of the property, which Lippman had purchased in 2009. The lawsuit forced Lippman to re-house an evicted tenant in an upscaled unit at the original rent. But this was a small victory in the struggle against Lippman’s war on the poor. Generally his tactics have been successful, unimpeded by courts or the City, despite his well-earned reputation as a hostile landlord eager to push out tenants at the slightest provocation.

Recently Lippman darkened Vancouver’s cultural skies with his eviction of the artist collective Red Gate in 2011, from the 152-156 West Hastings space that had served as a cultural community hub for years. “He says he’s going to come and change the locks on us tomorrow,” Red Gate operators said about Lippman, “and throw all our stuff in the trash if it’s not out. Thanks dude, remember the good times.” This casual eviction was part of Lippman’s $15.1 million acquisition of significant portions of the south side of the 100 West Hastings block, across the street from the Woodward’s redevelopment. Lippman’s financer, Instafund, later bragged that the newly “revitalized” space had been completely vacant, prompting an open response from Red Gate member Bill Young last week. Living Balance International also managed two commercial properties at 122 and 130 West Hastings, which changed hands between holding companies for $11.5 million in 2011. 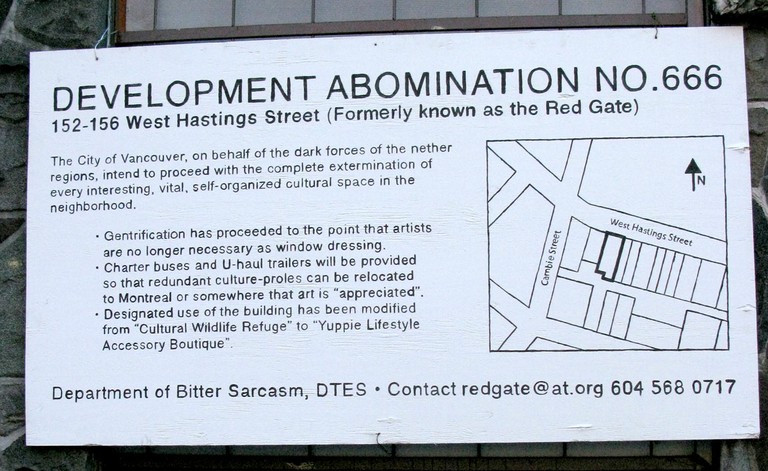 None dare call them corrupt. “Creative” is more like it

Lippman’s buildings in the DTES have rooms that currently rent from $450 to $900. They are typically marketed to international students and temporary workers in need of short-term rental. By keeping units as single room accommodations lacking kitchen or private bathroom facilities, Lippman circumvents the already loose bylaw designed to prevent the loss of affordable housing stock. As community activist Wendy Pedersen noted after the redevelopment of the American Hotel by Lippman, “This is a dangerous model that the city shouldn’t try to replicate.” Yet the City has turned a blind eye to this ongoing practice of eviction and upscaling.

Far from taking precautions, the City has been eager to replicate these gentrification successes. The city is driving gentrification partly due to the seizure of 32 properties from developer Millenium in the wake of its default during the Olympic Village construction. After letting Millenium off the hook for its remaining debt (almost $100 million of write-offs) the city now needs to maximize the value of its seized holdings to minimize its deficit. Vision Vancouver’s solution to this problem is to encourage real estate speculation in the areas surrounding these properties.

City Hall apparently sees no problem aligning its interests with the developer lobby that helped elect them. But with government and private industry colluding to maximize property value, it is the renting majority that suffers. Instead of using our Millenium acquisitions to guarantee the social housing that was mysteriously lost from the original Olympic Village proposal, and thereby safeguard existing SRO units in the DTES, Vision Vancouver has decided to liquidate these assets, accelerating the gentrification of the area. From the perspective of a developer-run city hall, social housing and other low-income affordable units are seen as obstacles to maximizing property values, and thus are to be avoided whenever possible.

Two of the properties seized from Millenium, 198 West Hastings and 177 West Pender, are on the very same block Lippman is aggressively gentrifying. In 2011, the Province Building at 198 West Hastings was assessed at $7 million and appraised at $10 million. After its neighbour Red Gate was evicted by Lippman and several other buildings on the block were upscaled, the city sold 198 West Hastings in 2012 for $18 million — 80% over its appraised value. The empty lot at 177 West Pender, appraised at $3 million, is still owned by the City. Given that this lot is next door to City-funded supportive housing in the Avalon Hotel, it will be telling to see what happens to it.

In this ongoing gentrification war — waged against the poor by multi-millionaires like Steven Lippman and Robert Fung, and their allies at City Hall — restaurants like Cuchillo and PiDGiN are expendable foot soldiers. Restaurateurs are financially incentivized to participate in displacement, since huge real estate corporations can afford to lease commercial spaces at rock-bottom rates to attract high-end businesses and consumers to low-income neighbourhoods. These rich landlords will take losses for months or even years to attract further investment in the area, profiting in the long term as their properties appreciate in value. Eventually, if a business outlives its usefulness, it can be quickly dispatched, as in the case of the Waldorf.

Currently the City is even beginning to mimic this model with creative leasing arrangements, as in the case of the Hootsuite deal and the planned “tech innovation hub” in the former police station on Main Street. By providing reduced or even free rent to corporations, the city can accelerate the gentrification process and rapidly increase property values, maximizing tax revenues and the future rents or sales of public land. By maximizing real estate companies’ profits, Vision Vancouver also ensures they will continue to receive enormous corporate donations to fund their re-election campaigns and advance their pro-gentrification agenda.

A racist past, brought back to the future

“Let our slogan be for British Columbia: ‘No Japs from the Rockies to the seas’”
–Ian Alistair Mackenzie, MP, from his nomination speech, September 1944.

Powell Street, home to Vancouver’s Japanese community for more than a century, was the birthplace of a prolific working-class people who battled and survived everything from anti-immigrant vigilantes to state-sponsored racist terror. Hundreds of small businesses were established in Japantown or “Little Toyko” and made Powell Street one of the city’s top economic engines that fed the city’s growing tax coffers. And yet thousands of immigrant families struggled just to stay alive in both Japantown and in the racially-segregated, apartheid Vancouver at the turn of the 20th century. Japanese Canadians were denied voting rights, barred from joining white industrial unions, and prohibited from public sector employment. The Japanese Language School on Alexander Street was one of the community centres where the city’s first general strike of Asian workers was organized in response to white racist attacks on Chinatown and Japantown residents and businesses in September, 1907. 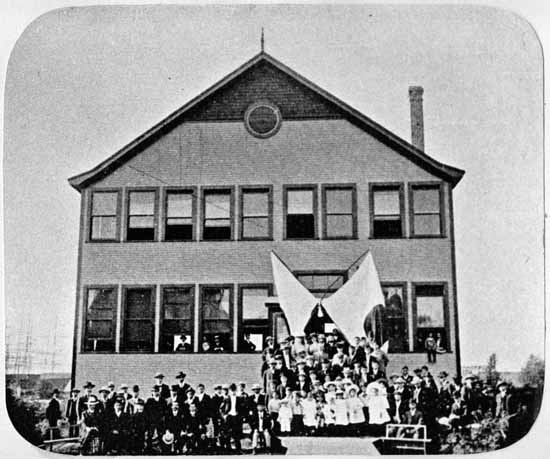 White supremacy rose to new despicable heights in 1942 with the mass roundups and herding of Japanese Canadians into British Columbian concentration camps during World War II. Japanese Canadians were explicitly targeted by the federal government as “enemy aliens” and Chinese Canadians were classified as “allied aliens” despite a total lack of evidence of wrongdoing. “In Vancouver, there was so much confusion in the Powell Street area, you would have thought it was the scene of a fire”, wrote Kaoru Ikeda in her December 1942  internment camp diary. With internment the Canadian government decimated the community, deporting and separating families and forcibly scattering thousands of Japanese Canadians to the interior of Canada and along the U.S.-Canadian border. Japanese Canadians found themselves facing violent, fortress-based gentrification and residential displacement by racially-justified, military means.

After internment, Japanese Canadians reorganized and continued to both suffer and struggle against racial, class and institutional discrimination throughout Canada. But in a handful of years, despite their diasporic and stigmatised condition, Japanese Canadians would become a major force in the rebellious “geography of the unseen” in the Downtown Eastside of Vancouver. Unseen as well in DTES were First Nations communities, the original caretakers of this unceded land, the Coast Salish people, Chinese and South Asian immigrants, and Italian and Ukrainian working-class women and men — all who laboured and produced huge profits for Vancouver’s white ruling elite and emerging corporate class. 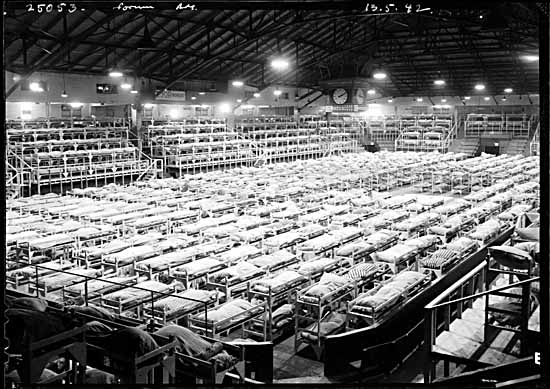 The Downtown Eastside is historic, pivotal and contested terrain in Vancouver’s axis of real estate, power and oppression. It’s a place that breeds popular resistance to colonization, concentration camps and consumerism. Immigrant rights organizing and women’s centred activism have always been at the forefront of anti-colonial and anti-racist movements, and in particular First Nations sovereignty struggles. Here in the Downtown Eastside, communities created social justice coalitions to end sexual violence against women, locally and across British Columbia and Canada, and it is here that activists fought to create Insite, Canada’s first and only safe-injection facility. Aboriginal women’s leadership is the central force in the fight for social housing, and was essential to exposing the crimes of serial killer Robert Pickton, as well as the negligent complicity of the Vancouver Police Department and the R.C.M.P. Without their constant vigilance and activism, our neglectful governors would never have admitted to their botched investigations of missing and murdered women, which we now know were the direct result of “blatant failures” and “systemic bias” against this community by the supposed enforcers of law.

Despite these atrocities, or perhaps in defiance of them, Powell Street is home to a diverse and working-class people’s history. It also remains a site of multi-generational trauma. And it is here that Cuchillo’s investors and landlord Steven Lippman have now planted their “flag of business.” In doing so, they’ve stuck a displacement dagger in the heart of Japantown, the DTES, and in unceded Coast Salish soil. But this community won’t go down without a fight. This history of resistance is unforgettable.

DTES residents and allies will host a media conference outside of Cuchillo Restaurant at 261 Powell Street this Friday, July 5th at 6pm.

Part two of this article, on the racist decor of the Cuchillo Restaurant, can be found here.