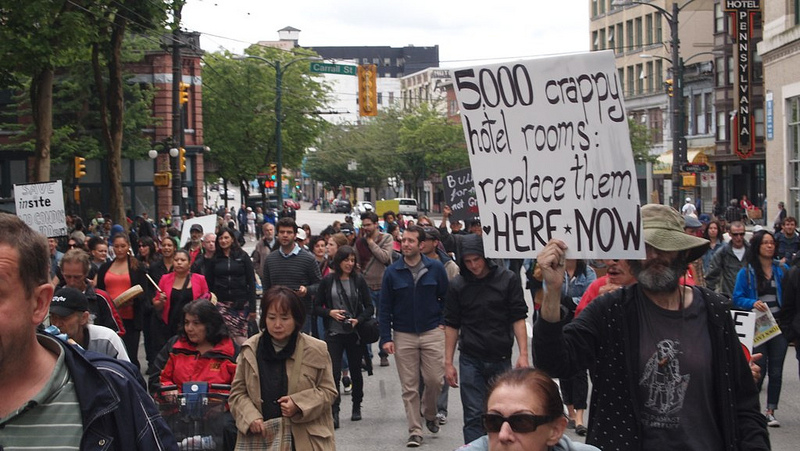 Low income residents taking the street at a Rally against Displacement and Gentrification on June 14th
Photo credit: p0stcap

Last week the City of Vancouver released its draft report of the Local Area Plan for the Downtown Eastside. Reviews of the report have been mixed. While the city’s planning director Kevin McNaney calls it “innovative, aggressive and achievable,” the Carnegie Community Action Project characterized the draft report as “a recipe for displacement.” What exactly is promised in the city’s brand new 10-year plan for the DTES?

First, the good news: the plan admits that gentrification is taking place, that it displaces low-income residents, and that this displacement has negative social impacts. These acknowledgements mark a change of position for the City and can be attributed entirely to the anti-gentrification struggle of DTES residents.