Currently there is a debate raging about the pros and cons of Save-on-Meats in the Downtown Eastside. The latest is a polarizing sandwich token program to help feed the poor. According to the plan, restaurant customers can purchase tokens from Save-on-Meats and donate them to people in the neighborhood. Critiques have been made here, here, and here, as well as at The Mainlander, with Peter Driftmier’s “Beggars Can’t be Choosers” (Peter used to be a sandwich maker at Save-on-Meats).

The reception of these debates runs a winding path but gravitates to the falsely-posed question of whether people “like” or identify with the entrepreneurial genius behind Save-on-Meats: Mark Brand. “The frontier,” Neil Smith wrote in his New Urban Frontier, “represents an evocative combination of economic, geographical and historical advances, and yet the social individualism pinned to this destiny is in one very important respect a myth.” Mark Brand, treated as either a hero or villain of the urban frontier, enters the field of mythology and becomes a new Jim Green figure for our time, garnering a similar respect for balancing “social” and business concerns (if Green started in politics and moved into business, Brand seems to finish where Green left off and moves back into “politics”). 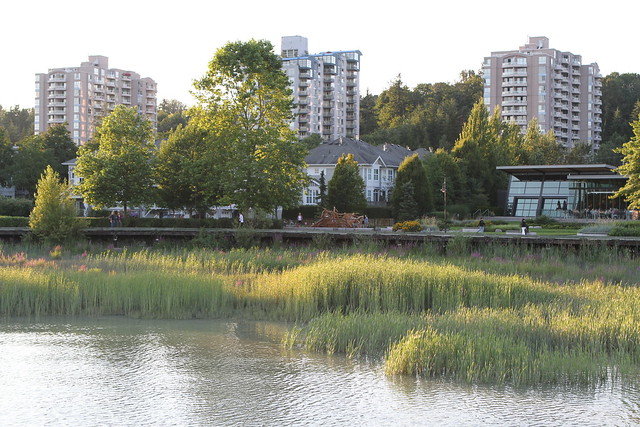 Yesterday the City of Vancouver announced that it will be leasing some of its land to rental housing developers. The initiative is part of the city’s larger attempt to solve the housing crisis by giving market incentives for the construction of affordable housing in Vancouver. Private developers have been given tax breaks and fee exemptions under Vision’s two terms; this latest policy is a significant change because it adds subsidized land as part of the larger incentive package for the industry.

In the next few months the city will be taking proposals from developers for a total of five hundred new units of rental housing on six city-owned sites, mostly in South-East Vancouver. The submissions will be the first step in the life of 3-year projects slated for completion in 2015. According to city documents, the six sites initiative is slated to fulfill the city’s “non-market housing/social housing” section of the housing continuum. Recently the Pantages development saw the city approve “social housing” units in the DTES scheduled to rent at $900 for a one-bedroom per month.

Over the past weeks, Vancouver’s homeless shelters have been over-flowing. In this article Maria Wallstam and Nathan Crompton argue that this year there are no new homeless shelters, despite government claims to the contrary. On the one hand, the few shelters planned to open this week are the same ones forcibly closed down last spring, when the Province made the empty promise to regularize funding for the shelters. On the other hand, there are fewer available spaces than last year, while the housing crisis becomes worse than ever before. In addressing “the politics of Vancouver’s shelters” — and the mutually beneficial publicity fights that break out between the city and the province at the beginning of each shelter season — this article reveals why the city and the province cynically do not want to see the regularization of shelter funding. -ML

Last night, just like the previous night, every shelter in Vancouver was full. Yet again Central Shelter, First United, Lookout, New Fountain, Belkin House, Crosswalk, Triage, Yukon, were each filled to maximum capacity. First United, Vancouver’s largest shelter and the city’s “shelter of last resort” has been turning away hundreds of people since last week.

Over the past years, First United church has sheltered up to 300 people each night and is the last place where a person without housing goes when turned away from all other shelters. But last week the building was hit with a city-enforced occupancy limit of 240. The by-law forced First United to turn away dozens of people and triggered, for the third year in a row, a publicity battle between the provincial government and the city. Like last year and the year before, the disagreement was only a disagreement on the surface, concealing the repeated formula that garners support for both for the city and the province.

On the province’s side, the formula is simple: each winter Minister Rich Coleman refuses to re-open shelter spaces closed down at the end of the previous winter, while at the same time threatening to withdraw funding for existing shelters like First United. In place of lost shelters, the province opens a handful of scattered ‘new’ shelter beds, while maintaining that the remaining shortfall will be filled in with new housing opened under the arrangement to build fourteen sites of social housing. None of these supposedly new housing spaces are new at all, since the desperately-needed fourteen sites were supposed to be completed by 2001 in some cases, and December 2009 at the latest. Neither is it the case that the shelters can be considered new, since they should not have been closed the previous spring in the first place.

Each time the shelters close and open there is ritual infighting between parties of the 1% — Vision and the BC Liberals. We have to consider why the city is so willing to play this seasonal political game. The answer is complicated but also simple, because shelter closures represent the only time of the year when the city can give an on-the-ground appearance of fighting against homelessness. In a brief but highly publicized pause on the city’s harsh neoliberal housing agenda, shelter closures provide a window for Gregor Robertson and Vision to play devil’s advocate.

All too willingly, Minister Coleman performed his side by giving the appearance of a dispute: “We seldom ever hear ‘thank you,’ and we seldom ever hear ‘we’re working with you.’” The truth is that ever since the election of Vision in 2008, the housing issues that matter to people’s lives — tenancy legislation, rent controls, tax cuts, the demolition of social housing, years-long delays of promised social housing — have been marked by consensus and a “tight bond” between the province and the city. The two sides have collaborated on making the situation worse: the province has done nothing to compensate for its decade freeze on the construction of housing, while the city has ramped-up gentrification and displacement in areas with the highest existing stocks of low-income housing.

The city’s criticism of the province’s foot-dragging is pretend, ending with, “Big thanks to the Minister and the Premier for coming through in the crunch here and making sure that we have adequate beds to meet the needs.” The fact is that there will not be adequate beds. Gregor Robertson knows that as well as the service providers and the people living on the streets.

Just as it happened last spring, the shelters will be 100% full on the day they are scheduled to close. And just as last spring, too, Vision and the Mayor will be equally willing to arrest those who refuse to move into the streets when those shelters close. Far from failing to thank the province, the city is the unquestioningly loyal enforcement arm of the housing crisis, using the police to guard empty buildings, criminalizing the poor every day, and — in lieu of housing — putting people in jail.

Maria Wallstam and Nathan Crompton May 25, 2011

This month more buildings were added to the list of disappearing affordable housing in Vancouver. On May 1st the Colonial and Seaview hotels were privatized, with rents now scheduled to increase significantly in the coming months. For two years the buildings were run by the Portland Hotel Society on a non-profit contract with the private owners. According to the new building manager of the Colonial Hotel, the $375 rent in the 170 units is now scheduled to increase by a minimum of $50 in smaller units and “exponentially more” for larger units.

In August, the Flint Hotel will also be privatized. However, none of these changes will be registered by the city as reductions in the low-income housing stock. The city claims to adhere to a “one for one” housing replacement policy under the Zoning and Development By-law. The policy gives the appearance of maintaining the number of low-rent units by maintaining a stable number of SROs across the city. However, the number of SROs does not reflect how much affordable housing is available since an SRO is not defined on the basis of affordability, but rather on the basis of size. Dramatic rent increases in formerly low-income buildings are not measured as “losses” so long as they remain “designated” buildings under the city’s SRA By-law.

The Lotus Hotel at Pender and Abbott, for example, which currently falls within the “SRA” category, is undergoing renovations and will be opening in the coming months at market rates far out of reach of the low-income residents formerly living there. The same is true for the American Hotel, Burns Block, and countless other private hotels that have undergone upscaling due to gentrification.

At least one current resident of the Colonial Hotel has already decided to move out despite not having found alternative housing. Others will be forced to leave because their rent allowance will now be less than rent itself. Eviction is also now more likely because the new management explicitly does not believe in harm reduction and have stated they will toughen their approach towards residents who use drugs. When asked about his eviction policy, the new building manager at the Colonial replied, “my boot.”