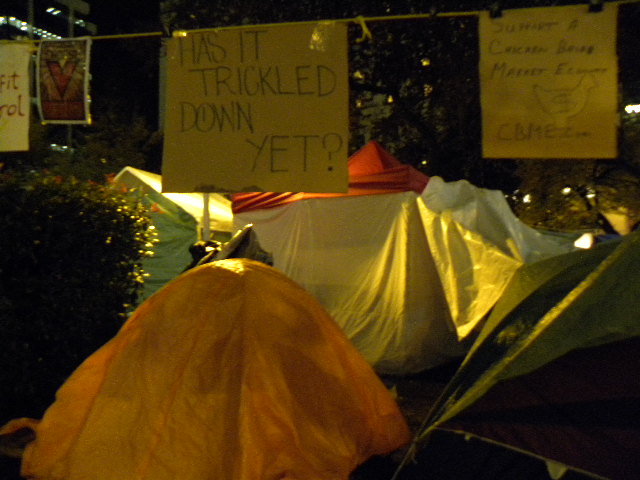 Below, Tristan Markle of The Mainlander interviews Vision Vancouver’s Geoff Meggs, who is running for re-election to Vancouver City Council. We discuss Vancouver’s unaffordability malady: would Meggs make the correct diagnosis, or propose a sufficient intervention? We discuss other cities with similar disorders, but which have more robust public housing programs: would Meggs help implement those programs here, or take responsibility for the ongoing destruction of public housing? We discuss developer contributions to political parties: is Vision passing the buck on campaign finance reform? Finally, we compare 1983’s Operation Solidarity (in which Meggs was heavily involved) to the Occupy Together movement: is Vision misrepresenting, even vilifying, the new movement?

Markle: Why is housing so unaffordable in Vancouver, what’s the main reason?

Meggs: I would say there’s some short term key drivers, and some longer term ones. In the short term, the key reason’s been that the economy’s been quite buoyant here, and we’ve had a lot of people moving here, so it’s been driving up demand, and demand has been coupled with a lot of speculation. Because for about about 15 -20 years housing prices have tended to go up. So there’s a speculative element, there’s no doubt about it. But I think in the longer term I think the bigger picture is that land supply is quite constrained here and the ALR [the Agricultural Land Reserve] is part of that, it’s a positive part but it’s a contributor.

Markle: When you said that speculation plays a part, what exactly do you mean?

Meggs: Well I think many people had an expectation for a long time that if they purchased real estate that they would see gains in their equity that was faster than the rate of inflation. In other words, they could benefit economically by buying real estate more so than buying an RRSP or putting it in a bank account or buying Canadian savings bonds. And for a long time that was true. As a result, there was more pressure on the market than was justified by reality.

Markle: Last year prices went up over 20%, still. So how is that happening?

Meggs: Well I’m not an expert on all of these things, but I believe that because the BC economy and the Canadian economy have been relatively buffered from the global crisis, and because there are a number of underlying factors that make this a very attractive place to live – you know, say, no civil wars or armed conflicts going on, a pretty solid stable legal system, all of these things that are appealing – a lot of people have been coming here to purchase and to some degree to speculate. So we’ve continued to see higher prices than almost anywhere else in North America, certainly in stark contrast to the United States, for sure. That seems to be related to our place in the global economy.

Markle: We hear a lot about people from other countries buying property here on the one hand, but research doesn’t make it so clear that the majority of capital invested in new condos, for example, is necessarily coming from people from elsewhere, at all. You’ve covered some of the research that shows that it’s not so simple as that.

Meggs: I don’t think it’s useful to pursue that line of inquiry at all personally, and potentially dangerous, because it’s a classic deflection in BC politics to blame our problems on outsiders. The reality is that if there are purchases by offshore investors at the high end of the market, it’s not having and impact on anybody that I’m worried about at all. The real problem is at the mid-range.

Markle: Depending on what type of housing you’re looking at, whether it’s stand-alone homes or condos, the median price is way out of proportion to median income. High end properties won’t affect that median much at all. So when Bob Rennie did a study recently which said that all the talk about housing being unaffordable is skewed by the high end, he missed the point. The most simple measures of housing affordability – median income versus median price – are not affected by high end. So what is it then that’s driving up the prices, if it’s for the large part not money flowing in necessarily from elsewhere, not necessarily for high end luxury properties, so what is it? 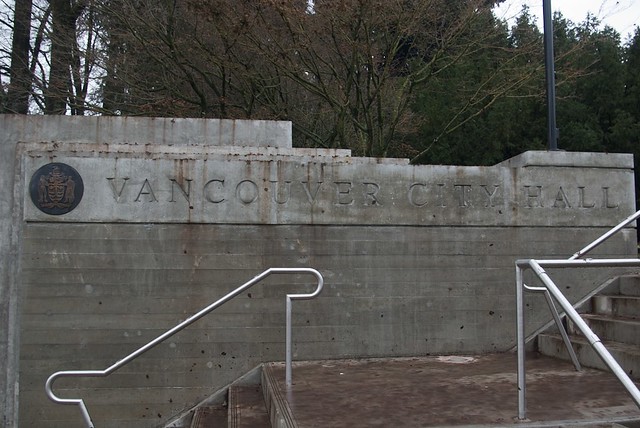 The Mainlander vs. CityCaucus debate will continue next Tues July 5th on The BIll Good Show, AM980, 9am-10am.

“The spectacle is not a collection of images, but a social relation among people, mediated by images” – Society of the Spectacle, Guy Debord

After the Stanley Cup riot of 1994, a Georgia Straight article, titled “Stupidville” pondered: “[Vancouverites] had better decide what we want this community to be about, besides pretty vistas when it doesn’t rain. What shared tasks can we undertake whose achievement will fill us with civic pride? What conditions are needed to come to unconditionally love this place, not for where it is, but for what it is?” But after 15 years of more pretty vistas and nature fetishism, we have failed to produce “something nobler than a mob heading to Stupidville,” as the Straight hoped.

Many of tonight’s rioters were toddlers during the previous riot, so they cannot possibly be blamed for both. Although each fanatic must face their own responsibility for being swept up in the tide of jingoism, the system that produces Canuck fanatics goes back decades. It is important to analyze this system of fanatic production, in order that “something nobler” emerge one day.

It helps to recall that our late-capitalist society is a “society of the spectacle,” where social life is increasingly mediated through representations – corporate media and advertising. We acquire collective experience, and even collective purpose, by gazing at these representations. And in Vancouver, the gaze has been professionally focused on ‘our boys’ fighting the enemy – the Boston Bruins. 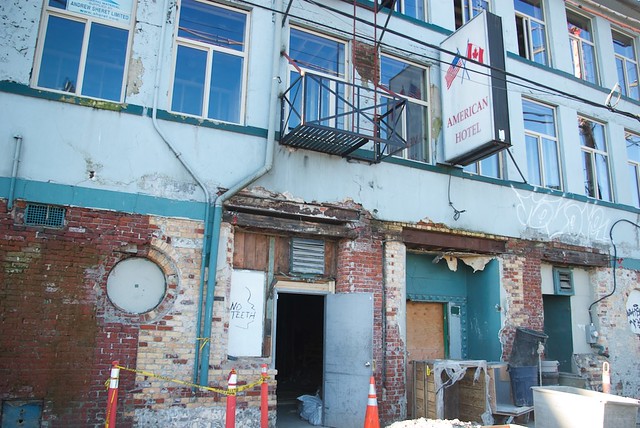 In the coming weeks, the American is set to open with almost 50 market-rate apartment units and an entrepreneurial “izakaya-themed” bar below. The project at 938 Main Street will establish the building as part of trendy developments extending the “Crosstown” area beyond Chinatown South. The Globe piece, written by Frances Bula, sets out in journalism’s formulaic terms to booster the development. Most notably, the article gives a vivid documentation of the history of petty crime and drug trafficking at the American hotel, and it is in light of this dark past that a bright, “revitalized” future is posed for the American.

Yet in all of its emphasis on crime, Frances Bula fails to mention the biggest crime of all: the illegal eviction of all low-income tenants from the hotel in 2006. In contrast to the “grunge” of the city, Bula chooses to write exclusively for the quasi-artistic retail bourgeoisie, making it “hard to mourn the American Hotel and its bar that died in 2006, unless you were into super-cheap blocks of stolen cheese, cocaine, motorcycle gangs, grunge or all of the above.” The list excludes the low-income history while at the same time making it so that if the history were to be included, it would have to do so only by being inserted into a predetermined list of crimes. But for a moment let us remember – mourn – the true history of the American Hotel.