Translink has announced that in the new year it will raise fares by 10% to 12.5%. But these fare increases are not fair, and the rationale is not rational at all.

With the cost-of-living rising faster than wages, many working people don’t have money left over for transit. The fare hikes will only push the working poor deeper into debt. Even worse, for those living in the suburbs and commuting to work in Vancouver, the increase in the 3-zone fare to $11 per round-trip is atrocious. It means that for those working at minimum wage, their commute will cost them more than an hour’s wage everyday. Further, this $11 roundtrip fare is one of the highest costing work commutes in North America.

Vision Vancouver has recently approved a long-term transportation plan. One of the stated aims of the plan is to increase the percentage of foot, bike and transit trips in Vancouver from 44 to 66% by 2040. Is this one of those “radical plans to attack motorists,” as the editors of the Province claim? Certainly not. Despite a dramatic lack of public funding for transit, Vancouver is already in the midst of a long-term shift away from primary dependence on the private automobile.

The plan is alarming, but not because it represents a “war on the car.” In keeping with the BC Liberals’ premise of austerity and declining public funding, the 2040 plan adopts TransLink’s logic of regressive fees and privatization. Vancouverites should reject the plan first because it accepts the provincial government’s framework of neoliberal financing for buses and trains.

The 2040 Plan is also a developers’ Charter of Rights dressed up as a transportation plan. Under the rubric of transit-oriented development (TOD), the plan delivers a reckless blank slate to developers at the expense of housing affordability. Among other things it builds an umbilical cord between transit funding and new high-priced market condo development. This strategic move by developer-backed Vision goes beyond the policy framework of the BC Liberals pioneered by Kevin Falcon, which ties transit development directly to the private development industry. By approving the 2040 plan the city is positioning itself politically to the right of the provincial government, rejecting the notion of a commercial property tax increase in a city with the second-lowest combined corporate tax rates in the world. 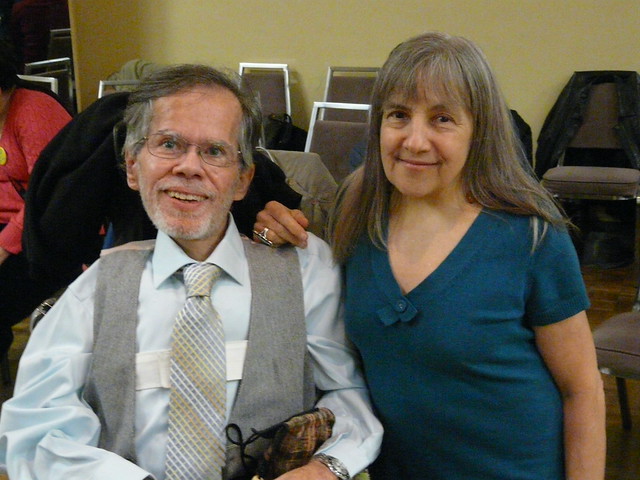 The 2011 Vancouver municipal election is in full swing. What do the candidates really think, and what can we expect of them? The Mainlander has interviewed some of the council candidates, and will be publishing a series of candidate interviews over the next few weeks. Recently, we sat down with COPE City Council candidate Tim Louis. A transcription of the interview follows.

The Mainlander: Why are you the best person for the job of City Councillor?

Tim Louis: I don’t believe there’s ever anybody who’s the best. Don’t believe that I would ever say that I am the best. I think many different people bring many different skills, positions and world-views to the table. The reason that I’m running for Council is that I believe, and always have believed, that it is very, very important that issues are framed in a way for the public to clearly understand the differences between the developers’ agenda on the one hand, and common sense on the other hand. I think in life, unfortunately, the media, the mainstream media, the corporate media, do a very poor job, in the sense that they make most issues appear to be far too complicated, and don’t leave the public with a clear understanding of what the choice really is.

ML: What would you say you would have done differently over the past three years?

TL: Without meaning for a moment, any criticism of anybody currently on Council, including my two good friends [COPE Councilors] Ellen and David, I would have clearly, and without pulling my punches, without muddying the waters, articulated the choices to be made by Council. For instance, with regards to the tax shift, from business owners to property owners, criticism was couched. Criticism of a view that we should be shifting taxes off of businesses and onto property owners, where technically the businesses pay with pre-tax dollars, taxes the property owners pay with after-tax dollars – in other words, taxes that business owners can write-off but that homeowners can never write off. I believe that that policy, of the current Council, when criticized, was criticized very tepidly, and very timidly, and not with a clear message being sent to the public. The average person, the average homeowner in this city, to this day, is unaware of the fact that tens of millions of dollars have been removed from their pockets, and put into the pockets of business owners, and business property owners.

So to come back to your question, what would I have done differently, I’d like to believe that for the six years that I was on Council, I tried very hard to present a very clear picture between what should be done on the one hand and what was being proposed to be done, by the developer Councilors on the other hand. We need to do as public officials a better job of making the choices that we are making clearly articulated to ensure that the public has a clear understanding of the choices we’re making. A clear understanding of the choices at hand.

ML: What are the top two policies you’re planning to work towards if you are elected?

TL: For me, the number one, is social housing. It is perhaps the one item that any Council has the greatest control over. Many would disagree with me and say no, social housing falls into the jurisdiction of the provincial or federal government, and it’s the one item that municipalities have the least control over, but I very vigorously disagree. There’s not a lot of good that a municipal Council can do as far as say, recalibrating income tax, which is federal, or implementing social programs, which is provincial. Most of what a municipal Council does is fairly routine, mundane stuff – getting clean water into our homes, pick up the garbage, et cetera. But as Harry Rankin, my mentor, always said, what we need to do is understand that City Councilors should be concerned with much more than dogs and garbage, and that their most powerful tool is the power they get at rezoning hearings. At rezoning hearings, Council turns dirt into gold. By way of a single motion, they literally, not figuratively, create tens of millions of dollars. As the Council, we have the authority and the ability, to make it a condition for any and all rezoning that this crisis of social housing is addressed then and there. Not in a policy document that gets cut-up outside the rezoning hearing as a meaningless set of watered down goals, but right in that rezoning hearing, that either a) or b). That a) build, in that development, a certain number of units of social housing, or b) pay a certain amount of money into a pool that the City would then use to build social housing. This City Council, as have previous City Councils, have done a wholly inadequate job of using that very powerful tool.