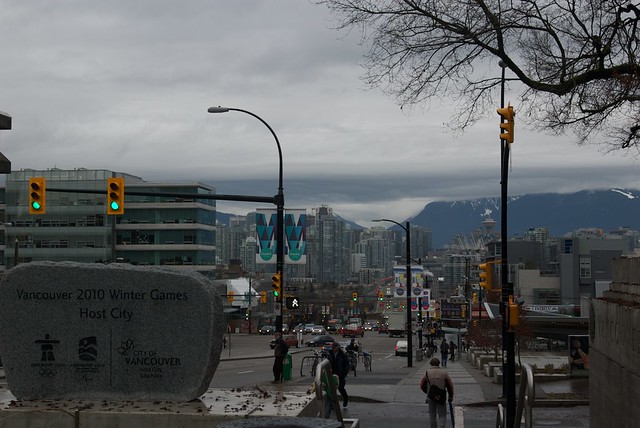 Corporate developers are ‘betting’ that they can twist enough arms to transform Edgewater Casino into a mega-casino next to BC Place. But resistance has sprung up from across the political spectrum.

The proponents of the $500M project are: the pseudo-public BC Pavilion Corporation (PavCo), the BC Lottery Corporation (BCLC), and Las Vegas-based Paragon Gaming. In this bid, there is no distinction between State and corporate interests, much like when PavCo managed the $400M over-budget Convention Centre project. PavCo is today chaired by BC Liberal-appointee David Podmore, who is currently CEO of Concert Properties. Concert Properties, a major Vancouver development company, donated $8,000 to Vision Vancouver last election (see full list of donors here). Podmore is also the immediate previous Chair of Vancouver’s Urban Development Institute, the city’s leading gentrification think-tank and development lobby.

In early 2009, the Provincial government put out a request for proposal to lease the lands West of BC Place. Only two companies submitted proposals, the winner being Paragon’s mega-casino plan. In March 2009, T. Richard Turner, director of one of Paragon’s gaming entities and investor in Edgewater Casino, phoned BC Liberal tourism minister Kevin Krueger and told him that Paragon would only go forward with the mega-casino project if the government would build a new retractable roof on BC Place (see here and here). Note that while Mr. Turner was negotiating on behalf of Paragon, he was at the same time BC Liberal-appointed Chair of ICBC, as well as director of VANOC. He was also previously Chair of BCLC from 2001-2005.

After receiving the call from Turner, the Provincial government then decided to go forward with constructing a new retractable roof on BC Place for $450M. PavCo’s David Podmore is now managing the ongoing upgrade of BC Place, and has spent this week telling media that the project is on-time and on-budget. Of course, one could argue that the roof was always-already over-budget, since it is a monstrous useless waste of money.

In a cunning reversal of logic, the Province has now floated the argument that the casino is necessary in order to help pay for the BC Place roof upgrade. Now that the mega-casino proposal is heading to City Council for discussion, and now that resistance is growing, Podmore is protesting that the Provincial government will not be able to pay for the BC Place roof unless the mega-casino is approved (see here), since the casino is supposed to pay $6M per year to PavCo for leasing the land. Desperate, Podmore is also threatening to move the mega-casino to Surrey, and has sent out a press release with a list of mega-casino supporters – chambers of commerce, BIAs, and a few trade unions looking out for their members’ short-term gain.

The redevelopment plan for the BC Place area also includes 4 condo towers proposed by Concord Pacific. Concord wishes to escape the 20% social housing requirement on these lands. To that end, Concord is offering the City two parcels of land in the Downtown Eastside (DTES) in exchange for exemption from all affordable housing quotas in the lands North of the proposed mega-casino. The two parcels of land in the DTES to be horse-traded are: the lot next to Insite, and 58 W Hastings, the site of the 2010 Olympic Tent Village.

City Council will hear speakers on these issues at a special meeting beginning the evening of March 7th. There are well over 125 speakers on the delegation list. If you would like to speak to this issue at council, you can add your name to the speakers list. Find out more here.