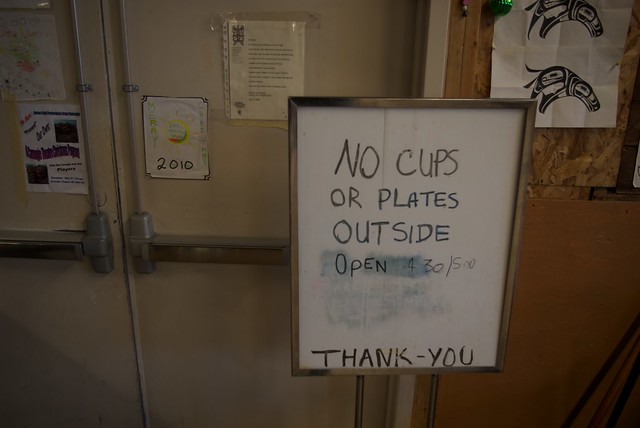 According to Metro Vancouver’s Homelessness Count released today, the number of homeless folks in Vancouver increased from 1,580 to 1,605 over the last 3 years. [1] But you wouldn’t realize it from today’s Vision Vancouver press release and fundraising callout. Neither would it come across in any of the articles found in the mainstream press, which praised the government for “plummeting” rates of street homelessness. Nothing is further from the truth.

It should first be pointed out that the count was conducted on March 16, a day of snow – in other words, not a day to get an accurate street homeless representation. For example, Burnaby, a city which does not currently have a homeless shelter, opened a temporary Extreme Weather Response Shelter on the evening of March 15. On March 15-16, the government took exceptional measures, and it can’t be doubted that people living on the streets did the same, finding floors and couches to sleep on throughout the Lower Mainland.

More importantly, the count was completed on March 16, 2011, several weeks before the City of Vancouver shut down four emergency homeless shelters. Therefore in terms of “street homelessness,” the current situation is far worse than represented in the recent count, and in fact another shelter is scheduled to shut down at the end of next month.

Despite the numerous arguments against the closure of the five shelters, the City insists on shutting them down, leaving the city-owned buildings empty. When four shelters were closed last month, residents were dispersed. Some were housed, some were given one-way bus tickets out of town, and many more were made into “street homeless.” Throughout the month of April, shelter residents and housing advocates mounted significant opposition to the closures, but the City was determined to complete the evictions and was willing to make 8 arrests to do so. Vision Vancouver is now speaking out the other side of its mouth, arguing that the shelters are important and are solving homelessness.

Shelters are very important for people in transition as a place to stay when other options are exhausted, but temporarily opening up shelters only to shut them down a few months later doesn’t do anything to solve homelessness. Playing politics and celebrating the shift from one category of homelessness to another is counter productive. It makes it seem as though the crisis is going away. Vision has still created very little new social housing as compared to past councils. The shelters which are being celebrated are now closed.

The preliminary results from the count show that overall homelessness for the whole Metro Vancouver region has decreased by 37 people. As this is a preliminary report, statistical methods or margin of error are not described. As with in past homelessness counts, it is also emphasized the numbers in the report are minimums, and that the number of people homeless is higher than the report reflects.