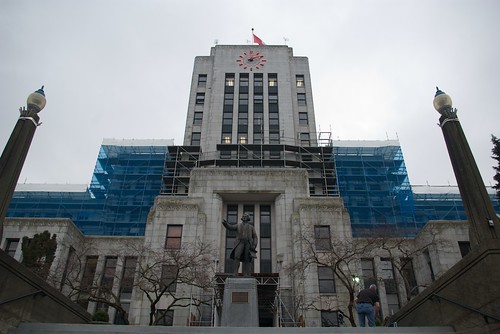 Also, there never was a response from Planning to the public’s input at the two public meetings that were held in our area. In short, Planning collected the ideas and positions of the local community but did not return to say what they had learned and how they planned to use the public’s input. In fact, they ignored nearly all of the public’s concerns about very high buildings and stayed with their original plans.

When asked to what extent the consultation was meaningful, Dooley told The Mainlander:

Not sufficiently. There needed to be greater recognition of the values and concerns of local residents, but that was not provided. There was minimum cooperation on those concerns, no community consensus building and a distinct disregard for compromise.

In fact, the inability to advocate on behalf of residents was extremely frustrating for Dooley:

We tried to work with Planning and urged lower condominium building heights on behalf of local residents (those adjoining 25th and 41st Avenues) and lower condos adjacent to and across from Queen Elizabeth Park on Cambie. We were unable to move Planning at all and I feel as if the RPSC was misused in its role as the City of Vancouver-sanctioned public group. We sought in good faith not to have the most dramatic of the proposed changes inflicted on residents living near the stations, but got nothing for those residents; neither were we successful in protecting Cambie Boulevard and Queen Elizabeth Park from encroachment of over-size buildings.

The City’s first error, then, was its failure to empower residents to forge their own destiny. Despite progressing beyond the consultation process of 1870s Paris, we have regressed significantly from 1990, when COPE’s campaign slogan called for “A New Era of Participatory Neighbourhood Planning in Vancouver.”

The City’s second error was to leave the false impression that residents would have a say on matters of consequence. It is a key planning principle to be honest about the (lack of) influence residents are to be afforded.

There are important lessons to learn from this story. Other neighbourhood organizations throughout the City are currently dancing with the City, contemplating a partnership on neighbourhood visioning, such as the West End Mayor’s Advisory Committee and the DTES Local Area Planning Committee. These groups might take heed of Norm Dooley’s “take-home-message”:

Residents have to challenge Planning’s definition of the “problem” and proposed solutions at the start rather than expect that they can modify them along the way. It would have been better to go to the public media at the outset and explain that we would not participate in the process because Phase 2 had predetermined outcomes.

For its part, the City Council should also take heed that neighbourhoods across Vancouver are losing faith in the democratic process, and that a resident-based movement aimed at replacing the current parties and their councilors is all but inevitable.