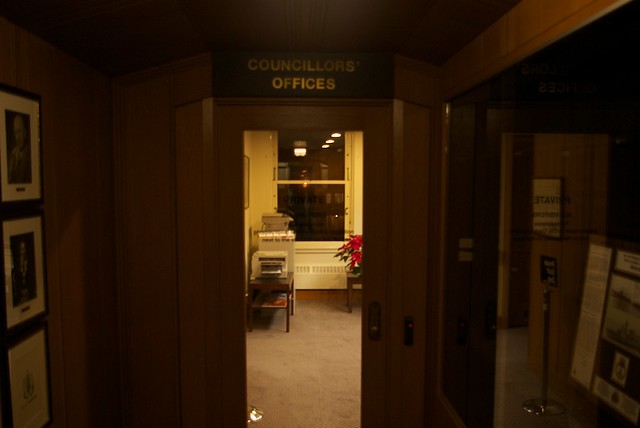 The cycling is a side issue, a window dressing, to the whole thing that Vision is doing with this City, which is selling it out as fast they can. When they talk about Vancouver becoming a green capital, what they’re talking about is selling it out to the big capitalists. Google “Green Capital Robertson”. You’ll find him boasting about how Vancouver has the lowest corporate tax rate in North America and possibly the world. We’re selling $5 million condos downtown while the Downtown Eastside is getting worse and worse, not better. That’s an astounding disconnect.

We’re not going to solve the DTES’s problems overnight, but that’s what Gregor promised in 2008. It was disingenuous for him to claim that he could or that he would end homelessness. What we’re going to try to do is reduce the tragedy that goes on in that neighbourhood. There’s always hope, and there’s people you can hitch your wagon to that are really doing something. I’m shocked about how much money is spent down there, and believe there needs to be an accounting based on effectiveness of dollars spent.

ML: What are you going to focus on in your platform?

GM: Electoral reform. Justice delayed is justice denied. During the last municipal election cycle there was some enormous corruption all over BC, probably even in Vancouver. There’s no proper regulation of municipal elections. Foreign, union, and developer contributions are still going to be allowed. There’s no recall process, and no limit to individual spending. Exxon could come in, spend eleven million dollars, and get 11 oil executives elected to city council, if they so chose.

Christy Clark has said they don’t have time to change it, but they’ve got to do something.

We’ll also be campaigning for human scale development. There seems to be endless densification pressures on Vancouver, but that doesn’t mean we need towers everywhere.

We need low rise buildings, infill development, on properties that are empty and that are already zoned for 3 to 5 stories.

Recently the planning department published a report on how Community Amenity Contributions are being spent, and they’re just throwing them in a big pot. It’s scandalous. A CAC should be upfront. If you want to build a tower, the neighbourhood is going to decide what gets built for the community and it gets built before you get your rezoning approval.

ML: What’s an example of something we could expect to see if you were in office?

GM: I used to have a membership at the Art Gallery, and I’m going to renew it to see the current show, but I’m not going to condone the City taking on replacing the Gallery until St. Paul’s is fixed up. Right now, it could fall down even in a small earthquake. If we have an 8 or 9, there would be thousands of injured people downtown with nowhere to go. VGH is too far away, and it would be overwhelmed anyway-people would be lining up outside with tents!

If we get elected, we’ll be renewing/replacing St. Pauls before the Art Gallery. If I’m going to be the Mayor, I need to think of all the people. We could move the Hospital over to Larwill park, and expand the Art Gallery on the Burrard site sometime in the future.

This City Council’s idea of earthquake preparedness is to put up a billboard directing you to a website that gives you a list of things to buy. That doesn’t cut it.

It makes more sense to inspect the buildings that were built before current building codes, you can get the landlords to pay for the inspection, and require them to perform the necessary upgrades. It’s their responsibility.

Should residents unknowingly be living in a deathtraps? They don’t want to just look at a website. The city is completely negligent on earthquake preparedness, just like they were on the riot.

ML: What is Vancouver Citizen’s Voice?