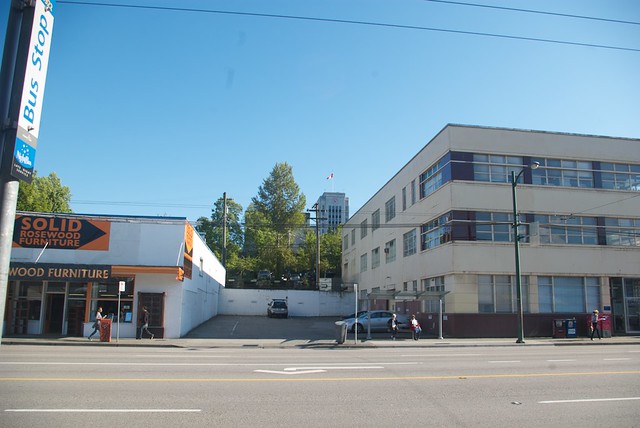 This weekend, Vision Vancouver declared its official kick-off of the 2011 civic election campaign. The party sent members a video of a speech by Gregor Robertson, in which he distinguished Vision from its “political opponents.” Election campaigns are in large part about strategically distinguishing oneself from opponents. In this sense, the campaign promises to be a fascinating one, given that the two parties capable of forming a majority agree on all core policy matters.

The opponent to which Robertson refered is the NPA, which he called “highly negative, well-funded.” Both the NPA and Vision are well-funded, so the remaining distinction is that the NPA is ‘negative.’ That claim may seem unfair, given that the NPA isn’t any more negative about Vision Vancouver than vice versa. In the video, Gregor’s critique of the NPA’s negativity is in fact negative.

For us the key term ‘negative’ should be replaced by ‘awkward’. The awkwardness stems from the fact that Vision has adopted the NPA’s policies and is, as a result, at a loss. When the NPA goes on the attack, too, they are found attacking their own policies. Worse, the NPA is now forced to use pseudo-progressive rhetoric when attacking Vision – rhetoric that Vision would have used in the past, but now is forced to reject. The whole game of false distinctions is awkward.

Consider the Vancouver Sun‘s first of eight civic election briefings, also published over the weekend. In the first briefing, about affordable housing, Vision councilor Geoff Meggs discussed some of the implications of the housing crisis. Indeed, when The Mainlander met with Meggs for an in depth discussion last week, he emphasized the need for consensus around recognizing and prioritizing the housing crisis. Excellent. The question remains: what are Vision and the NPA going to do about it?

In the Sun article, Geoff Meggs calls on voters to support Vision against the NPA in order to protect the STIR program, which gives tax breaks to developers for building market condo units whose owners must rent them out. However, it should be noted that STIR is a neoliberal program originating from the NPA years. Even ‘condo-king’ Bob Rennie thinks that STIR is too reliant on the free-market. As Rennie told Council on May 13 2011, “I felt when the STIR program came in, that we should have paid attention to rents under 1,250 dollars, I don’t think there’s a crisis at 2,500 a month rent.”

Indeed, Rennie is concerned with STIR because it can be traced back to him. The program is a mutant of his own “social housing condos” idea. As Rennie said back in 2006:

This is actually something that our company is working on. We spoke with the city five years ago and we were too early and now we have to do it before we are too late.

The model of private and public needs being met through development really is a win/win and we have to start getting creative in every city and municipality.

But the real crisis is in affordability and this is where the politicians and planners need a huge wake-up call, or where the hell will our children live?

More recently, the idea of tax-breaks for developers to ‘incentivize’ the renting-out of condos came to city hall during the NPA’s last term, through a report of the city Planning Commission under the directorship of present NPA candidate Mike Klassen. STIR became policy only against the backdrop of the 2008/9 financial crash, and the story is worth remembering. Developers couldn’t make their presales, and so in late 2008 began frantically phoning the City Planning Department and the Provincial Ministry of Housing to beg for tax-breaks for their units, in exchange for which the units would have a rental covenant on them. The Urban Development Institute even began holding workshops to teach condo developers how to build purpose-built rental. That spring, Vision brought developers and community activists together for a brainstorming session, in which the former group (which of course included Bob Rennie) dominated. STIR was the policy that resulted, approved promptly by Council.

All of this became moot by the summer of 2009, because the development oligopoly had choked supply so forcefully that developers were now able to sell their remaining units. Developers didn’t need STIR anymore. For example, Aquilini changed its mind about putting its Richards building through the STIR program. As a result, only about 1,000 units of rental will be created, all of them unaffordable, at the cost of tens of millions of foregone tax revenues.

And so now it is awkward when Meggs points to STIR as a crucial divide between Vision and its “negative” opponents. It is likewise awkward when in the same Sun article, NPA mayoral candidate Suzanne Anton pretends to be vehemently against STIR:

But for Anton the whole STIR program “is a fool’s game” and something an NPA dominated council would not repeat.

“I completely disagree with it,” she said. “There’s a building at Bidwell and Davie which he [Robertson] gave $5 million in forgone fees back to the developer. And what did the city get for it? Forty-nine tiny units which will rent at top dollar.

“They are not any cheaper [to the renter] or really help anyone. All it does is throw city money away.”

Anton said the only way to make housing more affordable is to increase the supply which the city could do by using available space in the Oakridge and East Fraser Lands areas and by allowing greater density along major transit corridors.

There is no reason to deny that Anton’s arguments are sound – though vague, they are sound. But of course they are not representative of what her party has done, or will do. First, the STIR idea came to council through the NPA, as mentioned. Second, the NPA’s private position is that it doesn’t want developers to pay any taxes or be regulated at all. Recently, the NPA’s Campaign Fundraising Chairman Rob MacDonald sent a fundraising letter to developers stating:

As someone involved in the development business, you will be asked and expected to give a donation to the Vision party. What I would like you to carefully consider before you do that, is to take into account Vision’s support for activities taking place in the planning department that are horribly misguided. Attacking private property rights and effectively charging income taxes on the development community, when statutorily prohibited from doing so, is wrong. Strong arming money from people and then having them sign a “voluntary contribution agreement” is wrong.

In other words, the NPA is currently collecting campaign contributions from developers, promising to exempt developers from all development taxes and contributions. So we cannot take Anton seriously when she complains about STIR-related tax-breaks.

Coming back to Gregor’s election kick-off video, what are we to make of his comment that his “opposition” is “highly negative, well-funded”? Both parties are well-funded by developers, and both are highly negative of anyone who tries to break the deadlock of developer-council collusion.