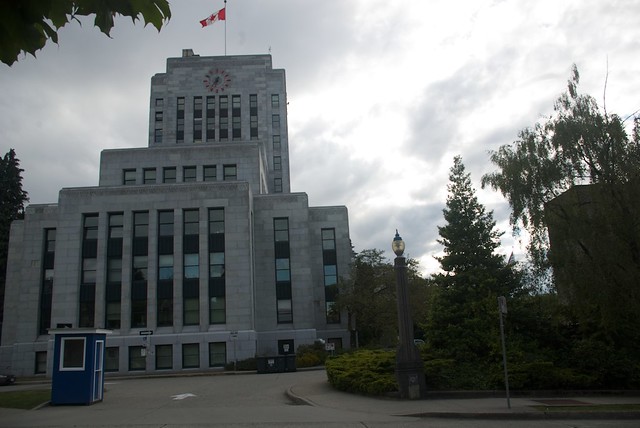 This open letter was originally published in the Georgia Straight. It is a response to a letter originally posted here.

The time has come for Vancouver’s only progressive civic party to stand on its own two feet. The situation is urgent: Vancouver has become the most expensive city on the continent and the second most unaffordable city in the world. Our friends and family are being priced-out, as social housing is privatized and demolished at an unprecedented rate. People are longing for real change and real social justice.

As community organizers, the three of us are determined to turn this situation around and make Vancouver affordable for everyone. To that end, we are running for the executive of the Coalition of Progressive Electors (COPE) at this Sunday’s AGM. We believe that renters, who form the majority of residents in this city, need housing stability and firm rent controls. Existing affordable housing stock must be protected through stronger civic bylaws, and new affordable housing created through a robust housing authority. We realize that the only way for this to happen is for COPE to stand strong and independent of the two developer-funded parties — the NPA and Vision Vancouver. A few recent examples will serve to illustrate why.

Just last week, the Vancouver Renters’ Union — an organization to which we belong — successfully worked with 33 brave seniors to fight a 45% rent increase at Lions Manor in Mount Pleasant. The landlord’s rationale for the proposed extraordinary rent increase was that local property values are escalating due to high-end condo developments in this historically working-class neighbourhood. The current developer-backed city council actively facilitates this upscaling, but refuses to use its tools or influence to protect the most vulnerable renters. Unfortunately, Lions Manor is only the tip of the iceberg. Throughout East Vancouver, migrant communities, seniors and those hit hardest by Vancouver’s housing crisis are being displaced. To halt this process, it is essential that COPE withdraw support from developer-funded parties, and present an independent alternative.

The situation is even more critical in the Downtown Eastside, where condo development is outpacing social housing at a staggering rate. City council is currently fast-tracking approval of high-end condo projects on two sides of the Carnegie Centre: the redevelopment of one of Vancouver’s oldest theatres, the Pantages, and a tower at Main and Keefer by Westbank Development Corp, a key Vision donor. Just this month, the City joined Wall Financial Corp to announce plans for an even more massive complex of three towers across from Ray Cam neighbourhood centre on the Hastings corridor. All this is happening without social impact studies, and before completion of the local area planning process. Also this month, the Mayor fired the city’s head planner Brent Toderian in order to expedite all these pet condo projects. Before regaining the trust of the Downtown Eastside community, COPE has to stop colluding with the developer party that is actively undermining low-income housing in the neighbourhood.

Completing its rightward corporate transformation, Vision recently appointed former BC Liberal cabinet minister Olga Ilich to head a new housing “task force,” stacked with development industry and landlord lobbyists. The task force is charged with shoring up public support for council’s plans to demolish existing public housing while creating even more corporate tax-breaks for the development industry. All community groups have been locked-out of the task force.

The progressive forces in Vancouver are rightly confused by COPE’s support for Vision’s neoliberal agenda of tax cuts and market solutions to the housing crisis. Voters’ confusion is understandable, given COPE’s proud history of defending residents against developers and corporations. For the sake of clarity, it is time for COPE to stand with residents unambiguously.

The old back-room, top-down approach of striking deals with other parties is a dead end. Those parties are too entrenched in the status quo and COPE has diverted too much of its energy working in back rooms rather than in the community. We need to refocus energies on building a strong, independent COPE that reconnects with neighbourhoods and grassroots organizations.

It’s also time to move beyond the old factionalism, where demonizing and bullying are used against those who want a new direction. A pro-Vision letter published in yesterday’s Georgia Straight warned against a new, re-energized COPE. But such fear-mongering only deters democracy and protects the status quo in a worsening situation. Furthermore, these scare tactics fall flat given that the old approach of compromising with Vision has already wiped COPE from city council. It needs to be acknowledged that this strategy failed COPE members and, more importantly, failed the people of Vancouver.

There are many individuals and organizations across the city who are anxious to join a social movement for an affordable city. Let’s bring COPE into the movement by giving it a strong, inclusive, independent voice. We are young activists running to make COPE a place for real change.