For five years, Vision councillors have argued that the City of Vancouver can’t use its own powers to build and protect affordable housing. Councillor Geoff Meggs has reiterated to The Tyee this week that threats to affordable rental housing are “beyond city hall’s control.” Despite their refusal to publicly criticize the provincial government, Vision has maintained that social housing and rent control are each the sole jurisdictions of senior governments.

Critics have often cited municipal housing authorities and rent control boards in cities like Toronto, New York and Vienna. It has often been pointed out that Vancouver too has a housing authority – something few people know about because city council has allowed it to remain dormant since being elected in 2008.

In response to these criticisms, Vision councillors have played the “jurisdictional” card, passing the buck to other levels of government. According to Vision, “the city gets blamed for the problem when the powers to fix it lie with the provincial government.” Yet the Mayor has been supportive of the BC Liberal government since being elected in 2008. Not once has Robertson or council publicly called on the Province to increase funding for housing or change the Residential Tenancy Act. At the end of the day, the main financial backers of Vision also control BC Housing and are the main BC Liberals donors. 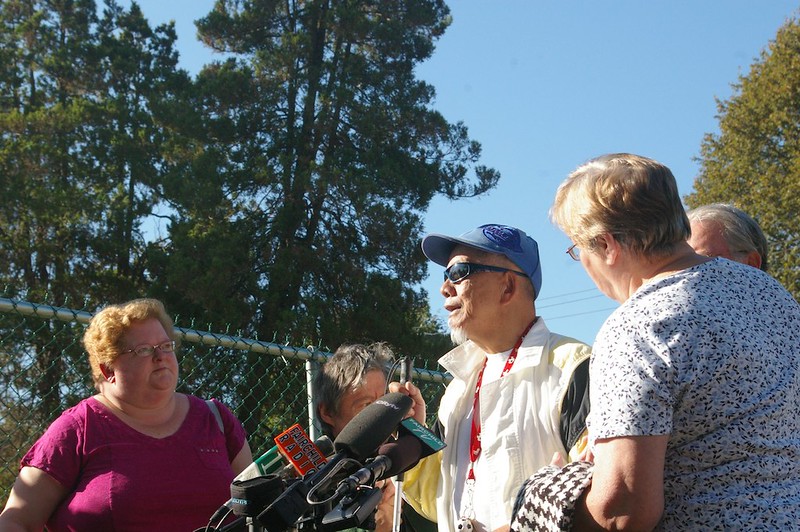 Mayoral candidates debate against the public

Tonight’s mayoral debate on homelessness and affordable housing was a heated fight — not between the two candidates, but between the City and its residents. Mayor Gregor Robertson and mayoral candidate Suzanne Anton were supposed to face off and debate the issues, but the real debate was with the people of Vancouver.

Rather than reveal disagreements, the event brought to the fore the overlapping politics of Robertson and Anton. If before tonight there was a sense that the candidates’ two parties — Vision and the NPA — were different in their respective policy platforms, tonight’s debate showcased agreement on housing strategy: let the market do it. When asked in vague terms if the market could provide all the solutions, both candidates hesitated, and Anton frequently brought in her party’s history of buying sites throughout Vancouver for social housing — admittedly more than could be said for Vision. But on actual concrete politics, the candidates converged more than they differed. Most importantly, both candidates stressed that they do not support a speculator tax on housing and do not support inclusionary zoning in Vancouver.

Inclusionary zoning is an urban planning policy used in cities throughout the world — including Vancouver’s Oppenheimer district (“DEOD”) — mandating the inclusion of affordable housing in all new multi-unit housing developments. In exchange for pushing up property values and exposing low-income renters to evictions, developers are forced to build a percentage of new units as affordable. In Oppenheimer it’s 20%. Tonight, the question was: “Would an inclusionary zoning policy, one where you require developers to build a certain percentage of affordable units into their projects like Richmond does, be workable in Vancouver?” Gregor and Anton said categorically: no.

Gregor was referring to city staff’s current review of inclusionary zoning in the Oppenheimer district. Earlier this year head Planner Brent Toderian stated that the city will have to make “tough decisions” about inclusionary zoning in the Oppenheimer district. Tonight Gregor repeated this plan for affordability: replace affordable housing in East Vancouver with $300,000 condominiums. Like Anton, who tonight argued for a “common sense revolution” of “removing red tape” for the developers, Gregor wants further de-regulation to accompany more STIR tax breaks.

Throughout the debate, however, dozens in attendance disagreed with Robertson and Anton, shouting slogans like, “Housing is a Human Right,” “Stop the Evictions,” “Drown Out the Developer Parties,” “Gregor Lies,” and “Three More Years of What?” A big theme of the night was the debate format itself, pitting two candidates “against” each other in a false opposition. Attendees — dozens of them from #occupyvancouver, arriving at the debate with the recent announcement that Mayor Roberston has ordered an eviction of Occupy — rejected the format of the debate, which excluded any political party or candidate not funded by developers.