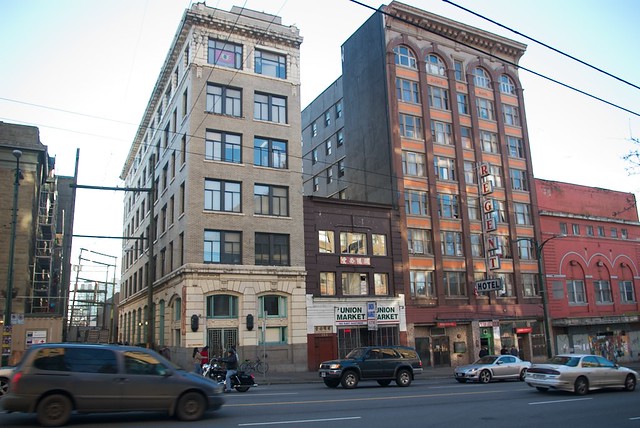 Several BC cities have been ranked “severely unaffordable” in a recent world-wide affordability report. The list included Vancouver, Victoria, Abbotsford and Kelowna.Vancouver ranked 324 out of 325, making it the second most unaffordable city in the world next to Sydney (another “Olympic” town).

The effects of the affordability crisis are hitting working people hard. It has been reported that working-class residents across the Lower Mainland have been struggling to find housing, and that the working-poor are increasingly turning to shelters.

In response to criticism that their policies are exacerbating the housing crisis, the City of Vancouver and the Province have repeatedly boasted about their mythical fourteen sites. Now, in another questionable arrangement with real-estate developers, the City is planning to abandon the requirement of affordable housing on North False Creek in exchange for two properties in the Downtown Eastside. But Councilor Geoff Meggs told CBC on Monday that the City might build condos for young professionals on one of these DTES sites (58 West Hastings – site of the 2010 Olympic Tent Village). Meanwhile, North False Creek would have 4 new unaffordable condo towers as part of a new casino complex (more below).

As previously reported, a coalition (10SITES Coalition) has been formed of Downtown Eastside organizations and allies to pressure the City to buy at least 10 sites per year for 5 years in their neighbourhood. Since it is now out in the open that BC cities are “severely affordable” – not merely Vancouver – housing activism will have a reason to grow across the province, and the 10SITES Coalition may prove to be a model.

Council is giving lip-service to the arguments against the Casino, but has so far approved the project. Some critics are proposing the Vision-led council is simply playing politics and that the proposal will likely go ahead.

The casino will be another way for the City to gain revenue from working-class residents instead of taxing businesses. Vancouver’s business taxes are extremely low. A study done May of last year rated Vancouver’s taxes not only as the lowest in Canada, but the lowest in the world (study here). Resistance to business taxes has caused somewhat of a revenue crisis. The recently-passed 2011 budget increased taxes by two percent, with almost all of the increases placed on residents instead of businesses.

Casinos have an interesting history in Vancouver, and are often associated with crime, corruption and money laundering. It is also important to note that the Great Canadian Casino made a significant donation to Vision Vancouver’s 2008 election campaign.

A public hearing on the casino will be held at City Hall on Feb 17.