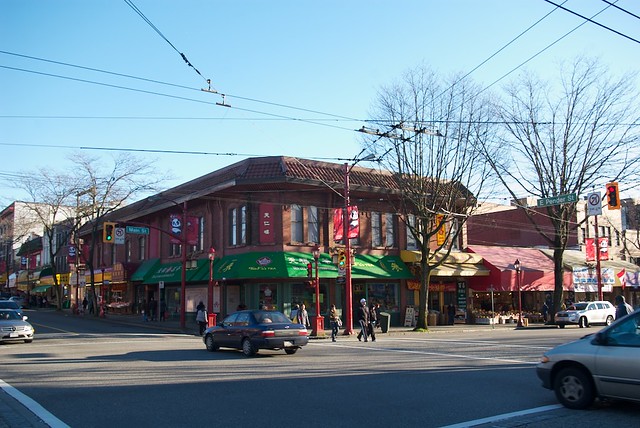 Last Thursday, grassroots pressure forced Vancouver City Council to halt plans for two condo towers, as well as halting overall plans for height upzoning in the Downtown Eastside. Over 80 speakers were signed up to speak at City Hall, most against the City’s gentrification plan. But rather than listen to the delegations, Vision Vancouver introduced a so-called “emergency” motion. The motion agreed to grassroots demands to conduct a community plan and social impact study before rezoning.

It is time to take stock of what happened that day. Or rather, the night before, at 4am!

The first thing that stands out is this: why didn’t Vision Vancouver agree to these demands last year? Or last month, when The Mainlander published the arguments clearly. Or the day before the public hearing, so that 80 people wouldn’t have to take the day off work, school and life to come all the way down to City Hall? Apparently, Vision Councilor Andrea Reimer wrote the emergency motion at “4am” the night before. What made Vision change its mind at the last minute, after literally years of pressure from grassroots low-income organizations? Was it the letter signed by dozens of professors? Was it this dialogue between Mike Harcourt and Councilor Andrea Reimer on Jan 19? Was it our pull-no-punches editorial (we wish)? Was it the prospect of having to listen to 80 public speakers?

An important second point is that the motion puts in place a structure for a community plan steering committee. Given that the motion was written and 4am, there was little to no consultation with the community about the composition of the committee. The committee is to be co-chaired by a member of the Downtown Eastside Neighbourhood Council (DNC), which is appropriate. But it is also to be co-chaired by a member of the Building Communities Society (BCS), which is not a Downtown Eastside resident group, but rather a who’s who of (semi-)retired (semi-)influential people, like Milton Wong, Mike Harcourt, Ray Spaxman, etc. BCS has been pushing for a local-area planning process for the past few years – admirable ally work – but is it appropriate for them to co-chair the committee?

The third thing to stress is that Reimer’s motion takes a “divide and conquer” approach to the Downtown Eastside. Chinatown is not included within the scope of the community plan committee, even though Chinatown is officially part of the Downtown Eastside. The motion proposes to forge ahead with the 5 towers planned for Chinatown, regardless of the area planning process. The politics of this are very ugly: Vision Vancouver is pitting the Chinatown (BIA) leadership against the low-income community, even though there are thousands of low-income Chinese seniors. This is reminiscent of the divisive political strategy utilized by developer Bryce Rositch 10 years ago, when he formed a group called the “Community Alliance,” which worked to rally Chinatown businesses against harm-reduction measures by demonizing the low-income community.

Vision Vancouver is racializing the politics of gentrification in the most insincere way. Some Councilors speak as if the Chinese community supports gentrification, and yesterday commentator Frances Bula recapitulated the frame in her Globe article. But this portrayal is inaccurate and problematic, and community leaders of Chinese descent are now having to come forward to counter these assumptions – like Sid Tan of ACCESS, who recently said this:

It would be madness to proceed with condo towers (read greater profits for developers who contribute to NPA and Vision Vancouver) without completion of a social impact assessment or integrated local land use plan. Would any neighbourhood want condo towers without the information?

The so-called leaders of Chinatown fail to understand that gentrification means increased land values. Increased land values mean incresed rents for all. It would impact more on low income residents and small shopkeepers in Chinatown. What will happen to them?

What is needed is the completion of a social impact assessment and an integrated local plan. Of course there must be an opportunity for public input before the DTES condo towers plan can be given an okay. Agreed Chinatown is somewhat a “distinct” neighbourhood but it is a DTES neighbourhood. Can we agree on that?

It is unlikely the “Made in Chinatown” view is one of its low income residents and small shopkeepers. It would be informative to know how many supporting condo towers in Chinatown are landowners and real estate developers and salesmen. Perhaps the better question is how many of these so-called leaders of Chinatown live there or nearby?