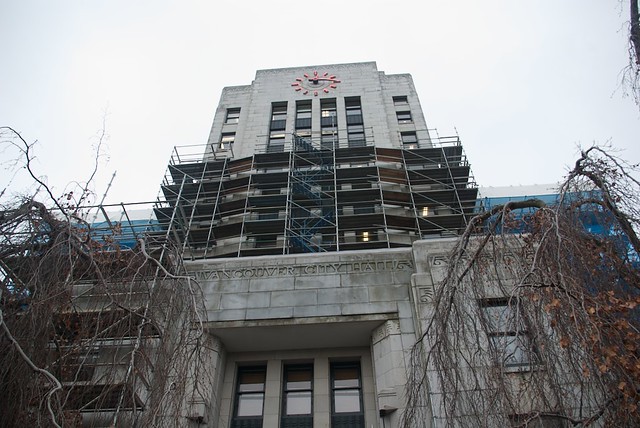 Last night the first of a series of public hearings was held to debate the proposed $500 million mega-casino development on the land adjacent BC Place. The meeting, which began at just after 7:30pm, was preceded by a rally, organized by ad-hoc community group Vancouver Not Vegas.

163 people had signed up to give delegations, but only 11 had time to speak after presentations by staff and project proponents, and questions from Councilors. The majority of the over 300 people present were against the project, but a contingent of union workers wearing yellow “Save our Jobs” shirts, who arrived in charter buses, also filled the council chambers. Representatives of the NPA and COPE were both also present. There were already signs that the casino issue might split the Vision caucus, who have until now voted as a bloc.

The second hearing is being held tonight. The speakers list has now grown to 181. The meetings will then reconvene next Monday, March 14th at 6:30pm in the Council Chambers at City Hall.

Despite what some have called a “seriously flawed process,” Vancouver City Council has voted to accept the Metro Vancouver Regional Growth Strategy (RGS). The policy transfers what are now municipal land-use powers to the un-elected Metro body. The plan replaces the Livable Region Strategic Plan and will stand in effect until 2040. It was opposed in Vancouver by City Councilors David Cadman and Suzanne Anton, with Cadman arguing that it confuses what is now known as the “green zone,” and Anton arguing that it gives up too much municipal rezoning power.

Critics are concerned with the public consultation process. While proponents of the plan argue that the public was engaged over a course of five public hearings, none of the hearings were held in Vancouver. The RGS is a complex plan that many say the public has not had time for it to digest.

Some fear the the RGS will undermine the Agricultural Land Reserve, as well as allowing a general loss of green space throughout Metro Vancouver. The strategy allows for the elimination of some of the reserve, pending approval from municipal councils. A more comprehensive summary of the issues surrounding the policy are available here.

The first public consultation for the 26 story Rize development that is proposed to be built on the South-West corner of Broadway and Kingsway. The consultation will be held on Sunday, March 20th at the Native Education College (285 East 5th Ave). The meeting will begin at 12:00pm with the doors opening at 11:30am.

Community groups are already mobilizing in opposition of the tower, with posters popping up around Mount Pleasant urging residents to attend the consultation. 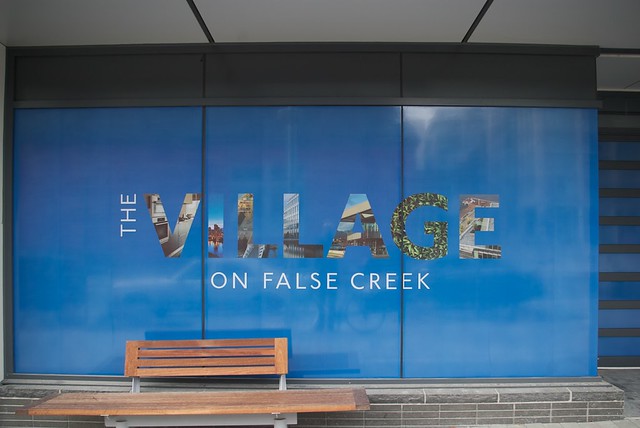 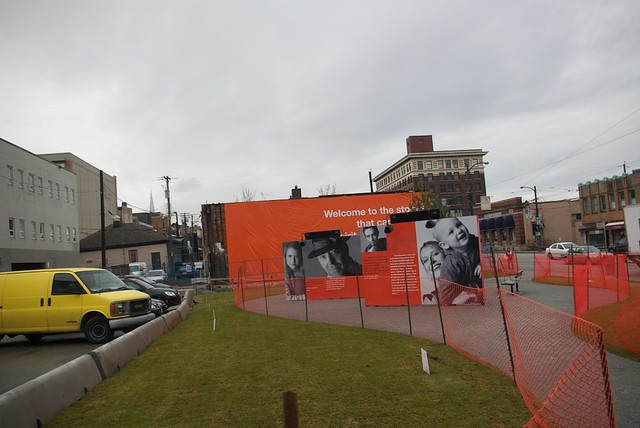 The development that is set to fill the corner is a 26 story mixed-use development that some have said will “remake the neighbourhood” . It will be designed by Acton-Ostry, who designed the smaller scale Stella up the street. Units in that development started at around $380,000. According to most recent census data, the median house-hold income is about $10,000 less that the city’s average. It is likely that it will not be current residents of Mount Pleasant who will fill the condos.